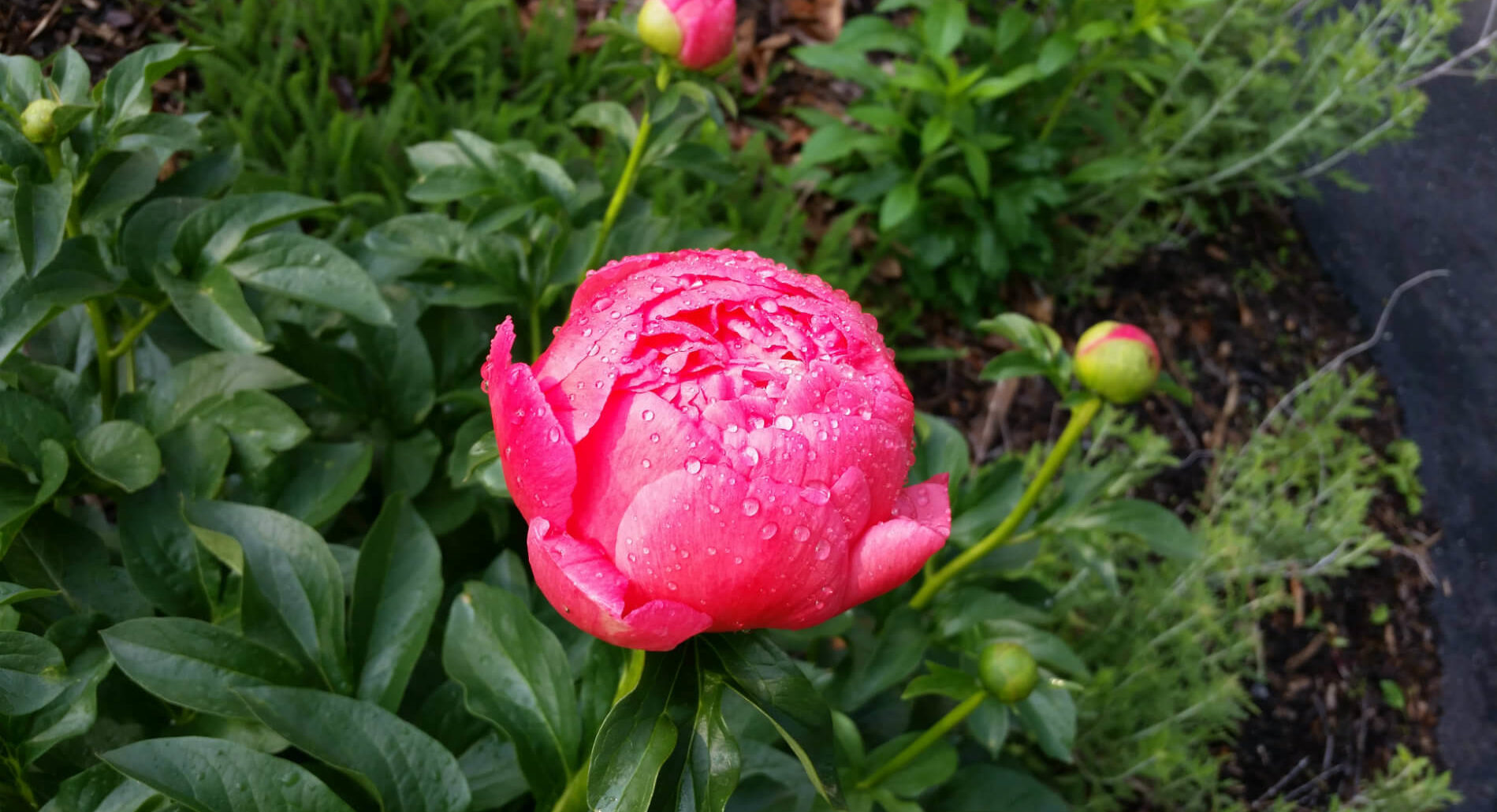 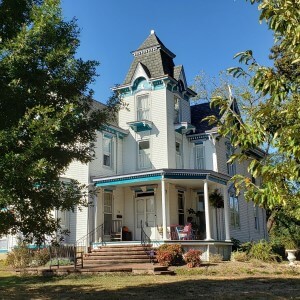 Earlier this year we were recognized with a Preservation Maryland award for our work on Laurel’s “Phelp’s Mansion”. But as all homeowners know, maintenance is neverending. Our biggest project this year was replacing the 131-year-old spire which sits at the peak of our roof. Here’s Dave’s recounting of how this feat was accomplished:

In the late summer of 2017, our house painter informed us that he did not want to paint the architectural feature at the peak of our house. It wobbled, he said, and was afraid it would topple. Thus began our two-year quest to fix the “spire” as we call it.

I talked with contractors and various painters in the area and discovered the job was too small for the big companies, and too difficult for smaller operations. You see, the spire is 45 feet off the ground! I eventually came to the conclusion that someone would need to use a manlift to go up and do the repairs. I continued to look at options, but decided the work needed to happen in the dry part of summer, since the lifts are very heavy (20,000 lbs), and I didn’t want to sink too deeply into the yard. The other challenge was to avoid crushing the brick walkways with heavy equipment. By the time I recognized the path forward, the dry part of the summer 2018 was over. I decided to wait until the following summer.

The summer of 2019 started off with a very wet May and June, with a fair bit of rain in early July. Then we finally had a few weeks of dry weather and the ground started to firm up. Meanwhile, I watched all spring as workers used lifts to install siding and windows on a new building at work. I was inspired to take care of the spire myself. I decided that despite my fear of heights, I would be able to ride up on an enclosed platform and take care of the repair work. I thought a few wood screws and some epoxy wood filler, followed by some paint, would fix the spire’s issues.

Before renting a lift, I was required to take a safety class which focused on the various ways I could kill myself—and how to avoid them. I borrowed a harness from a neighbor, bought a lanyard, and attended the 4-hour class which included hands-on operation of two different types of lifts. My confidence grew as I found myself twenty feet in the air with no fear. A Sunbelt Rentals representative came to the house and measured the distance to the spire and recommended a 60-foot boom with a 6-foot jib which I reserved for the following Friday.

On Friday, July 26, I looked through the instruction booklet while I ate breakfast. Then I gathered all my tools, wood filler, caulk, and everything else I thought I might need, put on the harness, clicked on the lanyard, and started up the machine. The course was fresh in my mind, so the operation went smoothly. At porch-roof height, I was surprisingly comfortable, but as the boom took me higher, I became increasingly nervous so I focused on the house. After reaching the spire I began pulling away loose paint to apply wood filler. Unfortunately, I found the 131-year-old wood had deteriorated beyond repair—mostly just dirt under the paint. I looked at each spire support bracket and realized they also were too far gone to save. The spire was badly deteriorated, including damage from woodpecker activity. It was in such bad shape that it came apart in the middle as I took it down. An old lightning rod was bolted into the spire, so it came down, too. After removing the spire, it was still early in the day, so I decided to take care of some loose paint above the tower-room windows. I spent the morning preparing the surface, scraping, and caulking. I did nearly all the work with one hand on one of the railings. My fear of heights made it very difficult to let go with both hands, even as I worked in the middle of the platform removing the lid from a paint can!

I took a long lunch break to unwind from the stress of being at a high elevation. After lunch, I built a cap of sheet metal to cover the area where the spire had been. It would protect the “bald spot” while we waited for the fabrication of a replacement spire. I thoroughly caulked around the peak to ensure that water could not get under the roof shingles, then I attached the cap using caulk.

I came down from my perch about 6pm. I was up high from about 9am to noon and 3 to 6pm. When I reviewed my Fitbit later, it reported fewer than 5000 steps for the day. I hadn’t move around much, but the Fitbit indicated 9.5 hours of cardio workout! My average heart rate from 8:30am to 6pm was 90 beats per minute, well over my resting rate of 55. I decided I had used enough adrenaline on this job— someone else would have to install the new spire! I’m just not cut out for working 45 feet in the air.

The next step was the building of a new spire. First, I made detailed measurements of the original spire, then I made a hand drawing. My son-in-law created a computer drawing, so that I had the option to get the new components built with a numerically-controlled machine. The other benefit of us each creating a drawing was a double-check on the consistency of the dimensions. A company in Boxborough, Massachusetts, provided a quote for a high-density polyurethane version of the spire, providing a solution that would last much longer without maintenance. Unfortunately, it was very expensive to go this route, and the support of the feature would need to be different. So I looked for local wood turners who could do the job. Mark Supik provided a reasonable quote, fabricating the pieces out of sapele, a rot- and insect-resistant wood.

After an oil-based primer and two coats of paint, the spire was ready for installation. I contracted with Blackketter Craftsmen to perform the installation. The work went smoothly, and the carpenter’s skill and agility 45 feet in the air convinced me that I had made a good choice. The house again has its spire, and I am on to other maintenance projects much closer to the ground.